Gecko, the AI Interview Bot from WS, Featured on BBC One

Sid (CEO, WS) explaining how the interview bot works on The One Show.

Gecko was featured on the October 14th episode of The One Show on BBC One to highlight the rising importance of Artificial Intelligence in the recruitment process. The One Show is a weeknightly magazine that covers the most topical stories of the day and has a viewership of almost 2 million people per episode.

The format of the segment was one of friendly competition. With the cameras rolling, Gecko went head-to-head with a human recruiter, testing a group of hand-picked volunteer candidates. The point of the segment was to provide a glimpse of what recruitment could look like in a few years, when AI becomes much more common in every aspect of business. 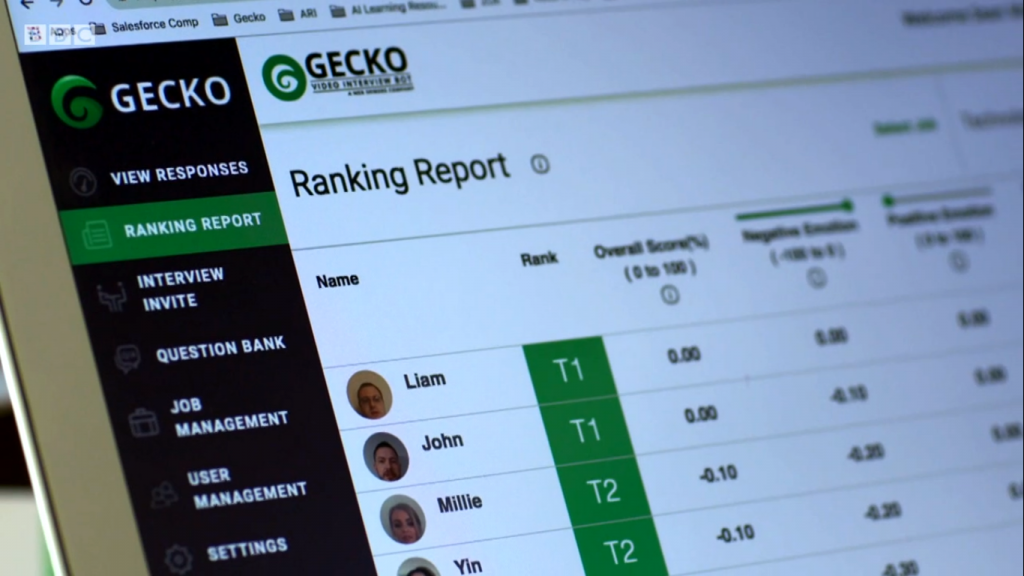 “Could a replacement be just around the boardroom door?” asks Angellica Bell, one of the hosts, at the beginning of the segment.

6 candidates were interviewed for the position of a business and technology consultant. Each candidate went through 2 rounds of interviews. The first was with HR recruiter Julie Bishop and her team of experts. The second was with Gecko, the AI interview bot.

“To be honest, the questions are pretty tricky…and they’re filming every single part of the interview process,” says Kate Thornton of The One Show when describing Gecko. The AI Bot allows HR recruiters to customize questions as per the job requirements. The latter can also tap Gecko’s comprehensive question bank for assistance. 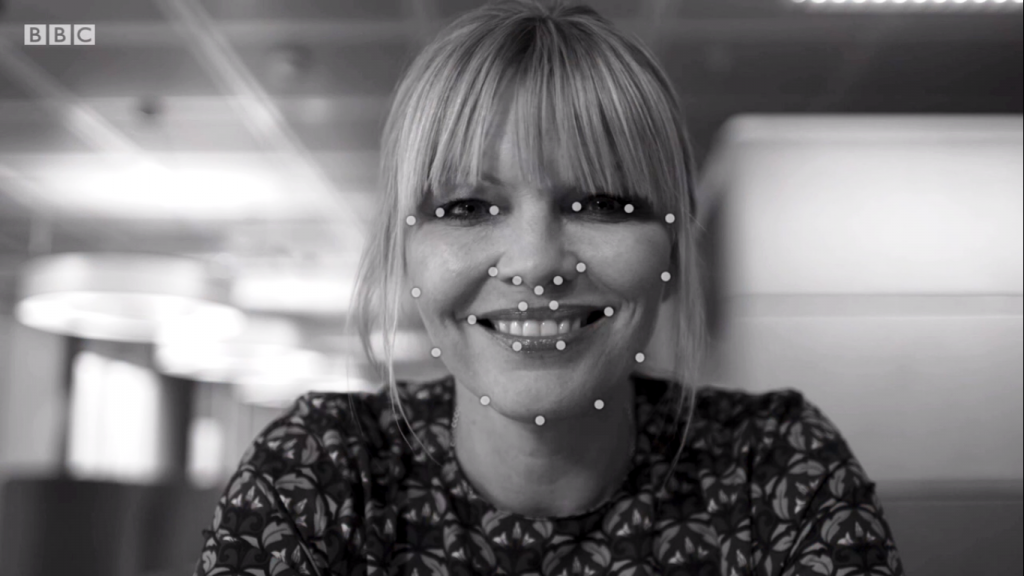 “My video is compared to a huge database of facial expressions…it’s (Gecko) scanning for clues that I might not be totally candid with my answers. How positive and engaged do I look? Does my expression match what I’m saying?”, says Kate as she participates in the mock AI interview. Thanks to Sentiment Analysis technology, Gecko can process myriad human emotions through facial expressions.

“Now my answers will be processed by artificial intelligence software to see if my expressions match my answers”, concludes Kate as she finishes the simulated session. 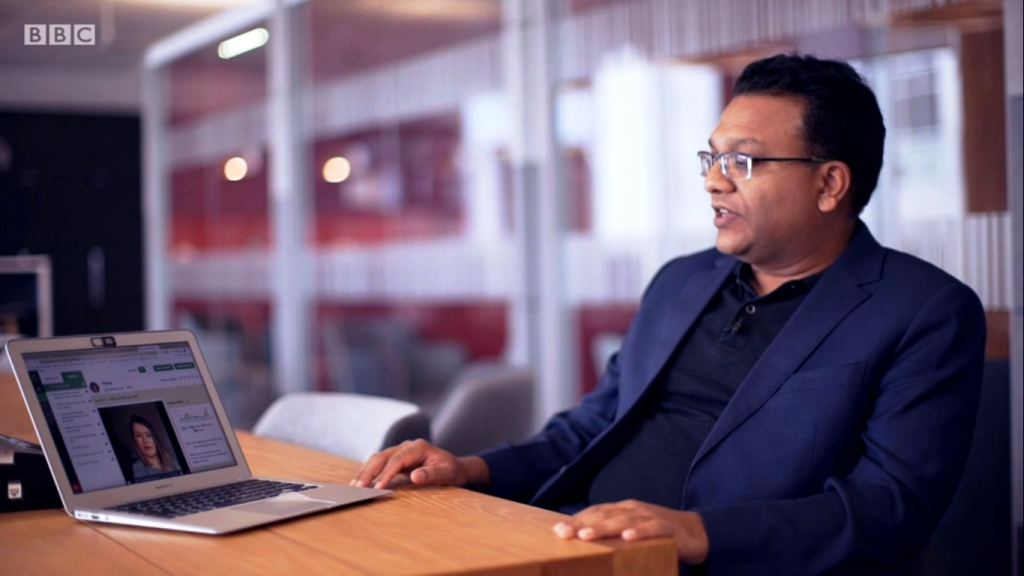 “So let me show you one of the candidates”, Siddharth Jhujhunwala offered a peek behind the curtain into the inner workings of Gecko. “She’s answering the question, what are your key skills? What we see is that the chart shows that she starts off smiling and then the emotions change.” In the course of the interview, Gecko detects a high level of restlessness in the candidate.

“When they hesitate longer or they are restless, it allows the recruiter to check exactly where, what were they saying,” surmises Siddharth. 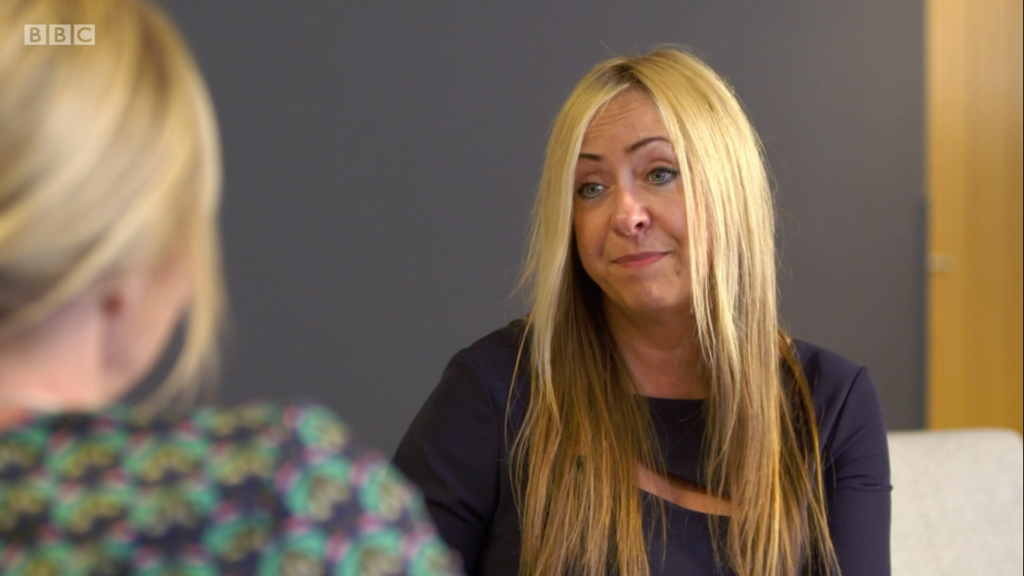 “Artificial Intelligence is going to be massive in recruitment,” says Julie Bishop, who led the team of HR experts in the show. No doubt, AI interview bots can vastly improve the quality of any hiring operation – not as a replacement for human intuition and intelligence, but rather as support – allowing recruiters to become faster and better at their jobs. 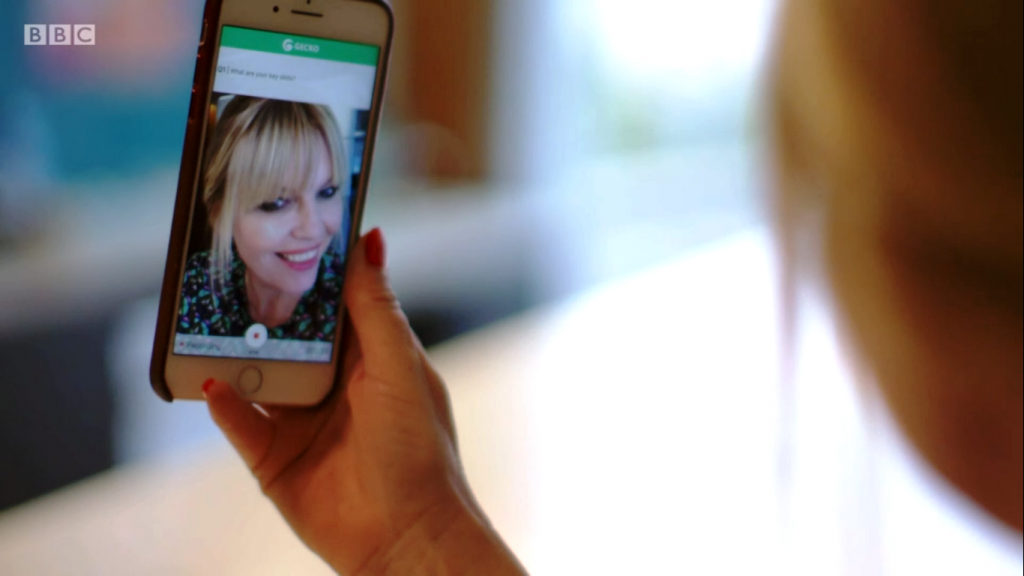 Unlike a human team of recruiters, Gecko scales up effortlessly to simultaneously conduct thousands of personalised interviews. It then scores these candidates based on performance and then ranks them in a leaderboard, allowing recruiters to personally review the best interviews. This ensures that the first round of interviews with the biggest pool of candidates is completed very quickly, allowing recruiters to then focus on the rest of the hiring process.

To see Gecko live and in action, fill up the contact form and we’ll have someone get in touch with you almost as fast as your HR team will fill open positions with Gecko!